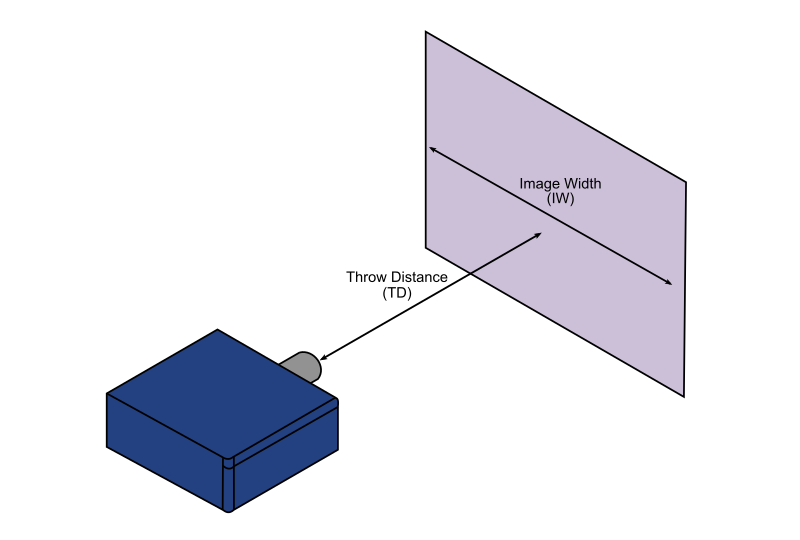 The PROPixx projector is our most versatile visual stimulation system. In this guide, we introduce several important notions that influence the design of your research space and the validation of your desired projection geometry. This guide covers the principles which guide the system configuration, including image dimensions, lens choice, type of projection, and covers certain specialized applications.

Questions can be sent to: scientist_kenny@vpixx.com

The PROPixx projector is our most versatile visual stimulation system. In this guide, we introduce several critical notions that influence the design of your research space and the validation of your desired projection geometry. This guide presents the principles which orient the configuration of a complete solution and includes a discussion of image dimensions, lens choice and screen placement.

This guide is an introduction to a subset of critical notions that guide the choice of PROPixx accessories. We encourage you to validate your calculations with a staff scientist (scientist@vpixx.com) before finalizing a purchase.

The first step is to identify the dimensions of the image that you wish to project. The native aspect ratio of the PROPixx projector is 16:9, which means that the PROPixx projects an image whose proportions are 16 units wide by 9 units tall. In other words, it produces an image that is 1.78x wider than it is tall.
The PROPixx can also produce 4:3 and 5:4 aspect ratios, by projecting images on a central subset of the total available pixels. We chose this approach because one pixel of the video input drives one pixel in the projected image, bypassing the pixel artifacts resulting from image scaling and processing. The PROPixx displays unused pixels in black.

In this calculator, you can input your desired image width (in arbitrary units) below to automatically generate the height and diagonal dimensions of the image that is generated by a PROPixx operating in its native 16:9 video mode and aspect ratio.

The corresponding image dimensions of a PROPixx set in 5:4 or 4:3 aspect ratio are also automatically generated.

In contrast to LCD screens or other types of visual displays whose physical dimensions are physically constrained by the imaging mechanism, we can outfit the PROPixx with one of many lenses that can produce a large variety of image sizes.

Two parameters describe if a lens will be compatible with the image dimensions you want to achieve: the focus range and the throw ratio. The focus range refers to the minimal and maximal distances past the PROPixx, where the lens can produce an image that is clear and in-focus. A projection screen can be placed anywhere within the focus range. The distance between the screen and the projector is known as the throw distance (TD).

The throw ratio (TR) characterizes the correct lens for your application according to the following equation: TR = TD/IW, where IW is the width of the 16:9 image generated by the PROPixx.

A typical scenario is that a researcher wants to use a specific video feature of the PROPixx, but wants to match the dimensions of a visual display used in other research. For example, they might want to match the VIEWPixx/3D screen dimensions, a 16:9 CRT-replacement screen with a fixed 24-inch diagonal. We might want to make the most of a small testing room and place the projection screen as close as possible to the PROPixx, as afforded by the lens’s focus range.

In other situations, the researcher wants to replicate an older system’s dimensions, which employs another aspect ratio, such as a 1024 x 768 4:3 CRT monitor. These displays often measured 0.32 m x 0.24 m, with a 0.4 m (i.e., 15.8 inch) diagonal. However, the image width we will use in our throw ratio calculation will not be 0.32 m. Instead, the correct dimension is the width of the native 16:9 image that the PROPixx generates (see section Aspect Ratio). This width of the native image that produces the desired 4:3 projection is IW = 0.60 m.

Therefore, the VPX-ACC-6503 lens is also the correct choice for this example.

So far, we have ignored practical constraints surrounding the placement of the PROPixx and the observer. We have not considered whether obstacles would prevent us from presenting an image in a direct line from the projector’s lens.

In practice, using a rear projection screen is often the simplest projection solution. In this setup, the participant’s eyes are typically directly in line with the mid-point of a projection screen (in both height and width). The projector is installed behind the screen, also projecting directly in line with the middle of the screen. We could choose a self-standing screen, or use a model that we can place directly on a desk. We could install the projector on a shelf at the same height (left-hand figure).

However, a drawback of rear projection installations is that the total space required is rather large. We often need more space when producing large images, which might become impractical in small rooms.  In this case, you may want to consider a front projection screen. Here, we place the projector and the observer on the same side of the screen (right-hand figure).

In many experimental designs, observers view a visual display from 50 cm to 70 cm away, just as they would typically be seated in front of a computer monitor. However, in front-projection, it is essential to consider where you will be placing the projector carefully. It is easy to overlook that the head of the observer, or even head-mounted recording apparatus, is likely to obstruct the path of projection, thus casting disrupting shadows onto the screen. One standard solution is to set the projector onto a shelf and lower the position of the image as low as the system affords it. This solution works well for seated participants. However, if the research design requires mounting hardware to the head of the participant, such as a neurophysiology rig on NHPs, then additional clearance must be considered. Depending on the constraints of the projection geometry, it is possible that the center of the image cannot be aligned to the observer’s line of sight. This figure illustrates a successful wide-screen front-projection installation with a seated human subject, where eye-to-screen alignment was not critical, and where a large viewing distance was required as part of the research design.

The choice of rear vs front projection, as well as the specific screen material, have a significant impact on the characteristics of the projected image. To learn more about screen material, Stewart Filmscreen offers a great introduction to the topic.

In this configuration, you must use the optical lens shift of the PROPixx to lower the central point of the projection. Changing the location of the projected image will prevent the observer from casting a shadow onto the front projection screen. Most of our PROPixx-compatible lenses include a lens-shift feature that will allow you to introduce a 120 % vertical and 30 % horizontal lens shift. This optical lens shift ensures that changes in the location of the projected image will not significantly deform the size of the pixels. It also prevents processing delays and keystoning artifacts that software corrections might otherwise introduce.

Stay informed about our New Products, Software Updates and much more!